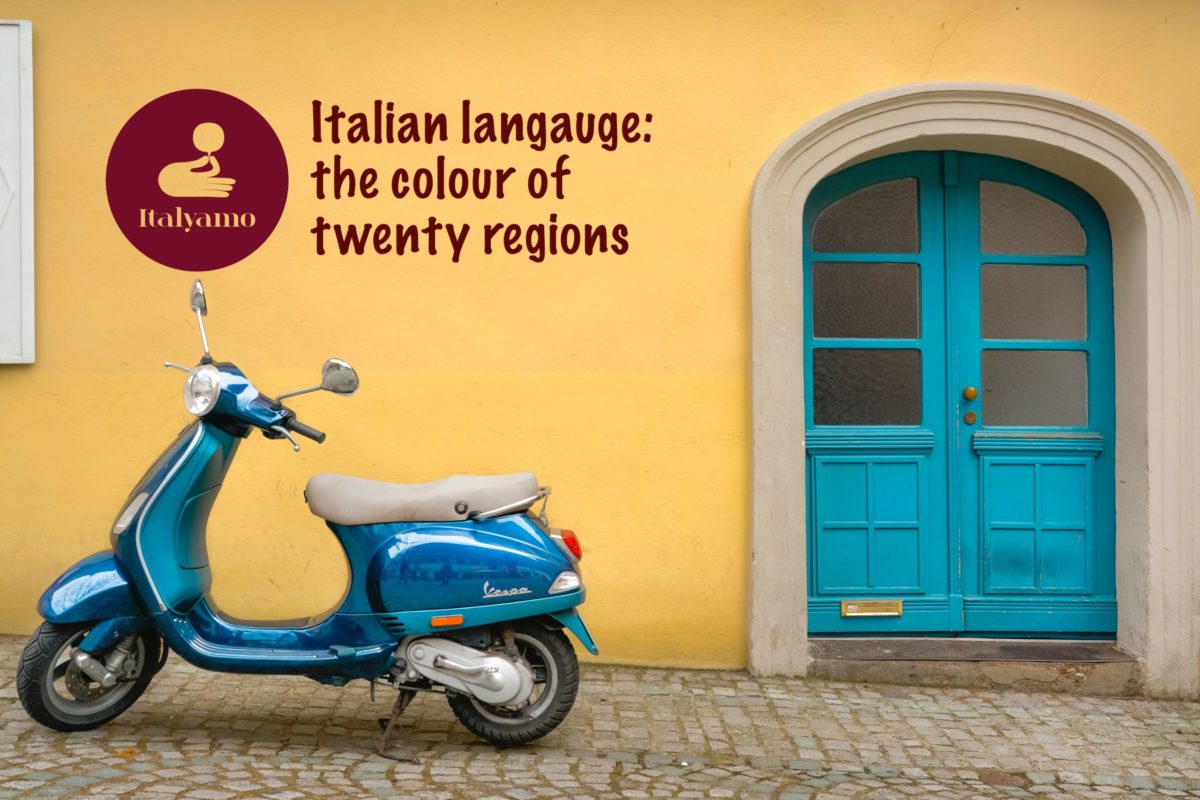 As Serianni (2019) writes, the Italian lexicon could be schematized by a pyramid whose layers are made up of formations inside the system, of Latinisms, of loanwords. At the base of the pyramid is the ancient Florentine. But Italian also presents a number of internal borrowings, that is, words and phrases that come from one of the many dialects or, more often, from the regional areas existing in our country. We can say that Italian language has the colour of twenty regions.

Among the linguistic loans from northern Italy, we remember the popular ones: besugo, gnucco, truzzo e zanzata. The first one comes from Liguria and has the meaning of ‘foolish person’. It’s linked to a TV character, the Gabibbo. The second term also has no positive connotation and means ‘dumb person’. Truzzo, whose southern version is tamarro, indicates a ‘boor, rustic, yokel’. Finally, zanzata means ‘scam’.

Typical word of central Italy abbiocco means ‘sudden drowsiness’. While if I say to a girl bonazza it means that I appreciate her physical attractiveness even if the term has a not positive connotation. By the term cravattaro, I mean ‘usurer’. While mappazza is ‘indigestible food’. In some situations it is also possible sbroccare which means ‘lose your head’. And if I take a tranvata, I can get hurt because it means ‘banging my face against something’.

It’s possible someone could pull you a cazziatone, if you did something wrong. The term means “harsh reprimand’. More interesting also from a sound point of view is inciucio. It comes from the Neapolitan and means ‘under-the-counter agreement, compromise between people or competing groups’. Finally, the southern version truzzo, as we said before, is tamarro.

Do you want more? Follow us on our blog or/and read this super interesting chapter by Paolo Trifone on the contribution of dialects to the vocabulary of contemporary Italian.

And in your languages are there words that you commonly use but come from dialects? What are they? Let us know them!