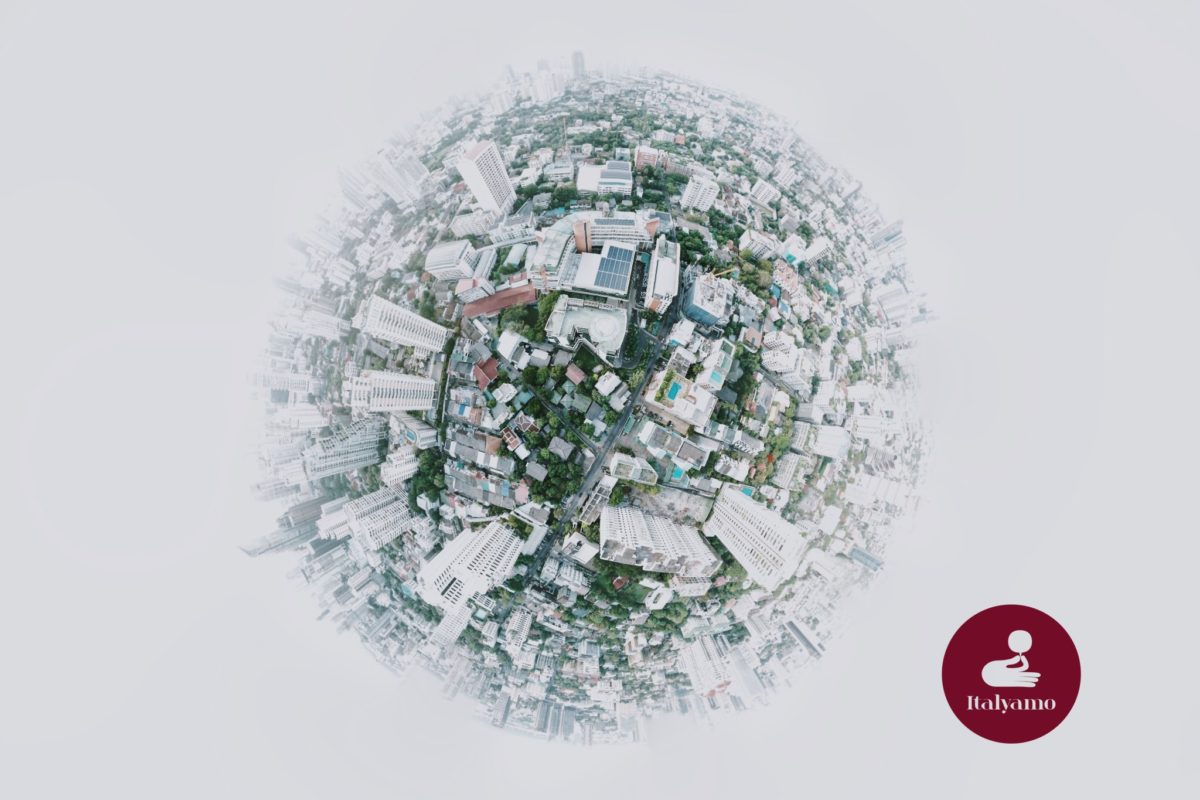 In Italian there are words from other languages. Flipping through a dictionary like the Devoto-Oli, we find that many of the Italian words come from English, French, Spanish, German, Arabic, Chinese, etc. We can say that Italian is a mix of cultures. Let’s see some of them together : )

In the last twenty years almost half of the new words in Italian come from English. But what happens when they enter the Italian language? Some words don’t have the -s in the plural: for example ‘lo sketch/ gli sketch’. As for gender, 70% of all loans are male (the film, the party, etc.). Some are adapted: ‘barista’ and ‘baretto’ from ‘bar’. Others are calques as ‘grattacielo/skyscraper’. There are also some idiomatic expressions like ‘essere sulla stessa barca’ from ‘to be in the same boat’ or ‘la punta dell’iceberg’ from ‘the tip of the iceberg’. Finally, there are some semantic calques as in the case of ‘realizzare’ that in Italian it means ‘to implement, to accomplish’ but now, mediated by English, also with the meaning ‘to understand, to realize’. Beware of false friends, click here.

A significant part of Italian vocabulary is made up of words of Germanic origin. Words are also traces, sedimentation and narrative of a people, and they also speak of the way of looking at and describing the world. For example, ‘balcone/balcony’ that from ‘beam’ has passed to today’s meaning. Or the word ‘brindisi/toast’, introduced by Swiss and German mercenary soldiers. But certainly the most famous is the word ‘guerra’, which from the meaning of ‘quarrel, melee’ has passed to the meaning of today ‘war’. Then there are the culinary loans such as ‘krapfen’, ‘sachertorte’, ‘speck’, ‘strudel’. Beware of false friends, click here.

While in recent years anglicisms have spread in the area of duty, Hispanisms have instead established their supremacy in the area of pleasure. First of all, the term ‘cioccolato/chocolate’ which, although derived from nahuatl, has passed into Italian from the mediation of the Spanish ‘chocolate’. But also the term ‘marijuana‘ of uncertain etymology and the word ‘marmellata/jam’, ‘patata/potato’ and the more recent ‘telenovela‘. Beware of false friends, click here.

For centuries Frenchisms have been the most widespread foreign words in Italian. It is no coincidence that the Italian expression ‘scusatemi il francesismo/pardon my French’ was born in the early twentieth century and then especially in the thirties during the Fascist regime when well educated people apologized for using a foreign term. But today it has taken on the meaning of ironically attenuating the use of vulgar expressions. For example the verbs ‘mangiare/eat‘, ‘parlare/speak‘, ‘svegliarsi/wake up‘. The more obvious ones are ‘toilette‘ or ‘manche’. For the culinary field: ‘glassa/icing’, ‘cotoletta/cutlet, ‘dessert‘. In the fashion field, ‘cashmere‘, ‘flanella/flannel’, ‘percalle/gingham’. Beware of false friends, click here.

And in your language are there words of Italian origin? Which?