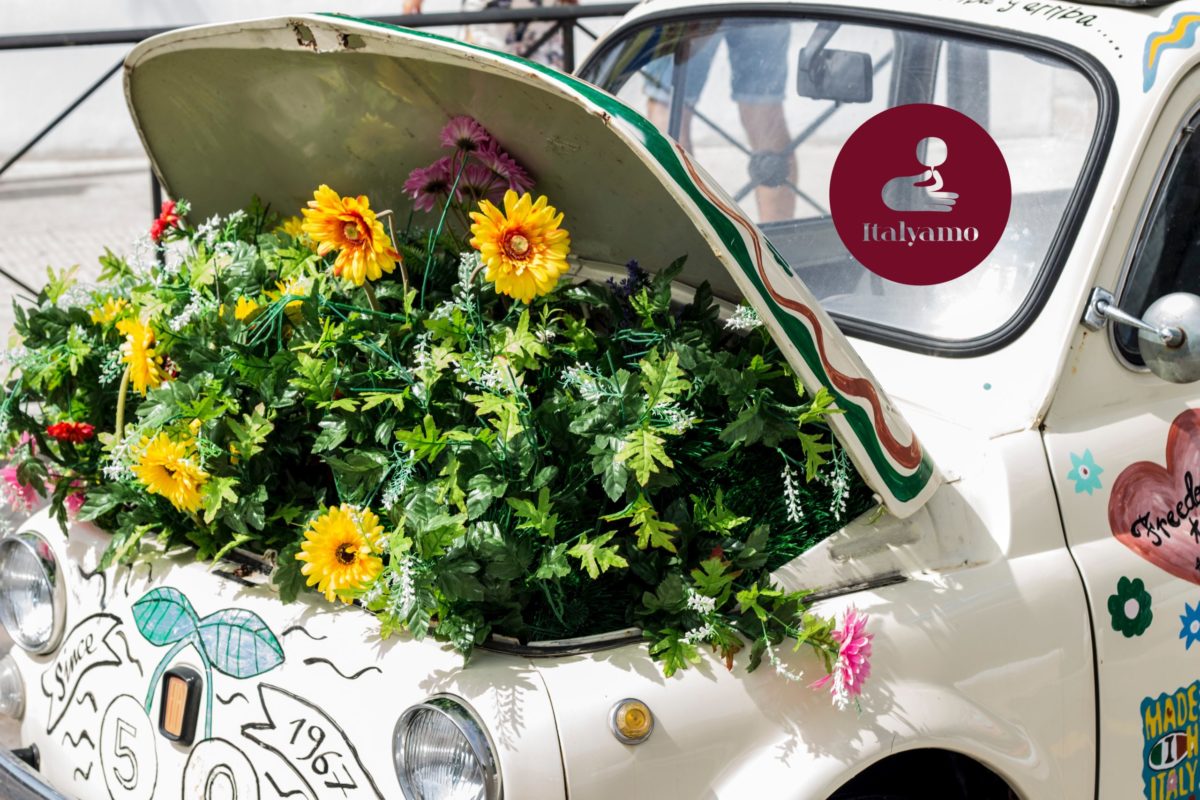 At this moment it is very difficult to imagine travelling or crossing Italy to improve the language or knowledge of its culture. That’s why today we have decided to offer you a virtual tour “Made in Italy” together. Come with us : )

Made in Italy – start

To do this, we decided to ask Ligabue for help. Do you know him? Here is a useful link to get to know him. And in particular his song ‘Made in Italy’ which you can listen to at this link. The song names and describes some of the most famous Italian cities, citing the most important places or the most famous events. But it’s also a track from the soundtrack of the movie of the same name. Here is the trailer.

Made in Italy – from north

‘Milano ci accoglie a braccia conserte, un mezzo sorriso d’Europa/Milan welcomes us with crossed arms, a half smile from Europe’. Milan is in fact the most European city in Italy. ‘Bologna ha nel cuore una vecchia stazione e canzoni d’amore del dopo/Bologna, in its heart, has an old station and love songs of what’s to come’. The first sentence recalls the massacre of Bologna in its own station for which in the video you can see a clock stopped at 10:25, time of the bomb explosion that killed 85 people and injured 200 others. ‘Venezia che affonda bellezza che abbonda. Abbonda a Torino il mistero/Venice sinks with beauty abound. Torino’s abound with mystery’. Venice is slowly sinking and Turin is located along the triangle of white magic, together with the cities of Prague and Lyon, and along that of black magic, with London and San Francisco.

Made in Italy – through the center

‘In centro a Firenze una tipa che danza e celebra la primavera/In the centre of Florence there’s a woman who’s dancing and celebrating the Spring’. The sentence admires the beauty and majesty of Botticelli’s Venus.‘E Roma si spacca e si ricompone, non è come noi la pensiamo/And Rome splits and puts itself back together. It isn’t like we think it is’. And how is Rome for you?

Made in Italy – to south

‘E Napoli è un’isola sempre e per sempre/And Naples is an island, always and forever’. ‘E Bari e Palermo fra cielo ed inferno, non sempre puoi fare una scelta. Il mare che spinge la costa che stringe. L’insegna c’era una volta/And Bari and Palermo between Heaven and Hell. You don’t always have a choice. The sea that pushes, the coast that presses. The sign that was there once upon a time’. What do you think they’re referring to? Do you know these cities?

Made in Italy – end

If you want to continue traveling on Ligabue’s train, ‘a train that never stops, never changes, never relents […] that’s never once been on time’, we recommend you continue to follow us on our blog. In the meantime some advice to study Italian with music: here you can find some books “Nuovo Espresso canzoni” and  “L’italiano con le canzoni“; some sites: adgblog, Italians, languagesbysongs, lyricstraining.